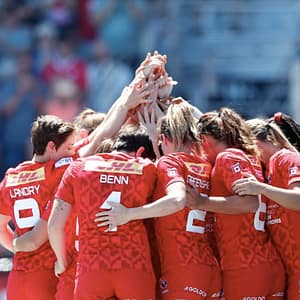 Rugby Canada have confirmed Mexico and Japan as the final two teams that will compete in the HSBC Canada Women’s Sevens in Langford, BC on April 30 and May 1.

Fellow Rugby Americas North (RAN) member, Mexico, will replace Russia in the tournament, which will take place in Canada for the first time since 2019 due to the COVID-19 pandemic. Japan, meanwhile, are the 12th invitational team to be selected and will compete in their first HSBC Sevens Series event since 2020.

“We are pleased to welcome Mexico to this year’s HSBC Canada Women’s Sevens and to offer this opportunity to another RAN Union,” commented Jamie Levchuk, Interim Chief Executive Officer, Rugby Canada. “We believe their participation will help further the growth of Rugby in North America. We also look forward to hosting Japan, who always field a very competitive team, in Langford.”

As a result of these selections, the final roster of teams for the 2022 HSBC Canada Women’s Sevens will consist of Australia, Brazil, CANADA, Ireland, England, Fiji, France, Japan, Mexico, New Zealand, Spain and the USA. Tickets are on general sale and can be purchased here.

Following Russia’s aggressive invasion of Ukraine, World Rugby announced on Monday the immediate suspension of Russia from all international rugby and cross-border club rugby activities until further notice. Rugby Canada stands in solidarity with World Rugby and the global rugby family in support of the Ukraine Rugby Federation as well as all Ukrainians in Canada and abroad.

“We fully support World Rugby’s strong stance and decision to suspend Russia from all international rugby and cross-border club activities,” commented Sally Dennis, Chair of the Board, Rugby Canada. “Rugby Canada, its provincial unions and clubs will not compete against Russia at any level until peace is restored. We add our collective voice to the call for the restoration to the Ukrainian people of peace, sovereignty and territorial integrity and condemnation of Russia’s actions.”

The HSBC Canada Women’s Sevens is a two-day rugby sevens tournament held on April 30-May 1, 2022. It is hosted at the home of Rugby Canada at Starlight Stadium in Langford, BC and will feature twelve of the world’s top women’s rugby sevens teams competing on Canadian soil.

Sevens rugby, a fast-paced and shorter version of traditional rugby with only seven players per side, has built a huge international audience through the success of the HSBC World Rugby Sevens Series, which attracts large audiences in markets around the world. More information regarding the 2022 Series can be found at www.worldrugby.org/sevens-series.