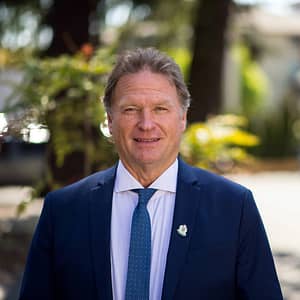 Langford’s reputation for gettin’ ‘er done when it comes to economic development – even in the toughest times – has earned a major award from the BC Economic Development Association.

The BCEDA teamed up with FortisBC to recognize the City of Langford for its inaugural Economic Recovery and Resiliency Award for communities with a population exceeding 20,000 for its “I am Langford” campaign.

“It is another great news story for Langford,” said Mayor Stew Young. “We are really excited to receive this award from the BC Economic Development Association. Langford is known for being open for business and this is just another way we were able to support our businesses while they focused on reopening safely. Langford will always take a proactive role in supporting and celebrating our local businesses as they are a big part of what makes Langford such a great place to live, work and raise a family.”

The City of Surrey, for “Surrey makes PPE,” and Chilliwack, for Chilliwack Economic Recovery Network, were also acknowledged in the same category as Langford.

The Village of Burns Lake, the City of Terrace, and the City of Quesnel earned Economic Recovery and Resiliency awards for communities with a population of less than 20,000.

Dave Wheeldon, CEO and president of the BCEDA, said in a media release that it was fitting to add the new category dedicated to economic resiliency and recovery this year. “As economic recovery has moved into the forefront, we couldn’t be more proud of the work done by B.C.’s economic developers,” he said. “It was one year ago that the World Health Organization declared COVID-19 a global pandemic.”

Wheeldon said that the BCEDA received a record number of nominations this year, which he noted speaks to the efforts of economic development professionals, and highlights the creativity and smart strategies that encourage economic resiliency and recovery in their regions.

The BCEDA has presented awards to individuals and groups who have dedicated themselves to community-based economic development for the past 30 years. The association added the Economic Recovery and Resiliency Award this year at its annual presentation, which took place virtually on March 11.

The BCEDA Community Project Award went to the Merritt and Nicola Valley Destination Marketing Society in the 20,000 or less population category, and to the City of North Vancouver for populations of more than 20,000.

The Chairman’s Award was presented to Joel McKay, CEO at Northern Development, for his significant contribution to the economic development profession and the goals and mandate of the BCEDA.

David Bennett, director of renewable gas and low carbon fuels at FortisBC, said the company is passionate about supporting the communities where they live and work.

“We’re pleased to partner with the BCEDA year over year on initiatives such as the summit and economic development awards as we know the projects being recognized have a positive impact on BC communities,” Bennett said.

For more on I am Langford, visit langford.ca.